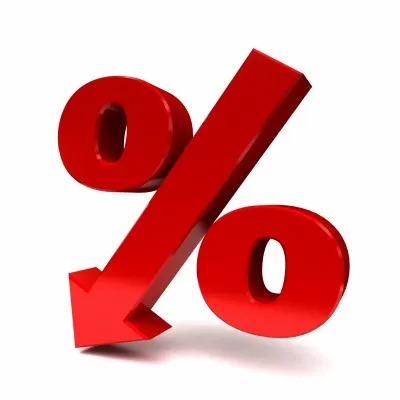 Negative Yielding Bonds. Why invest for a guaranteed loss?

It is hard to make sense of the current financial environment. Negative interest rates are hard to get your head around but with the growth of negative yielding bonds now at over 30% of the global bond market, it is important ask, “why would anyone buy an investment with a guaranteed loss?”

As far as I can gather, there are 2 reasons to think investing in a negative yielding bond is a good idea.

Reason 1. You think dollars will outperform the market.

As we have entered the twilight zone of rates at -0.5% the leap to -2% or even -20% does not seem so absurd but let us take a look at Reason 1: You think dollars will outperform the market.

There are 2 ways dollars can outperform the market.
a) There is a market crash and other assets fall in value.
b) There is a deflationary event and dollars go up in value.

In this article I would like put on the tin hat and explore a line of thinking that outlines how in the name of protecting the market, governments could allow all of the above to occur, and end up benefitting banks at the expense of the average citizen.

To explain a bit of jargon here…

Inflation is where more dollars go into the system and the purchasing power of the dollar falls.

Deflation is where dollars are taken out of the system and the purchasing power of the dollar rises.

The question as to whether deflation is good or bad is a topic for another time, but below is a 7 step plan on how financial engineers could structure a massive deflationary event which would make purchasing negative yielding bonds now, a very good idea.

Step 1 – Write legislation that allows banks and governments to tap into bank deposits if there is an emergency. ie Bail In Laws

Step 2 – Manufacture an “emergency” that allows banks and governments to exercise their bail in rights.  Now that reserve banks around the world are active buyers of stock markets, this should not be hard to do. Short and Sell.

Step 3 – As the average Joe and Jenny have had a nice chunk of their savings confiscated, they will find it difficult to keep up with existing loan repayments.

Step 4 – Massive defaults occur and an enormous amount of debt is written off as banks will refuse to restructure loans where the loan is now way more than the value of the asset. As written off debt is no longer in the system deflation occurs on a massive scale.

Step 6 – Now those negative yielding bonds are worth more because…

(2) Purchasing power of dollars increases more due to deflation

If negative rates continue, purchasing government bonds could be the new version of the “don’t fight the FED” trade that has worked extremely well since the GFC in 2008.

So how do you profit from this? To ride the banks’ coat tails as they play this game, the easiest option for the retail trader is to purchase government bond ETFs. This can be done in your personal trading account or with your superannuation via an SMSF. A list of bond ETFs can be found here: 33 available Government Bond Exchange Traded Funds

Disclaimer: This article does not constitute financial advice and is intended for educational and entertainment purposes only.

Share Tweet Share Pin
New Brighton Capital offers guidance and assistance in the set up of Self Managed Super Funds (SMSF) & the ongoing accounting admin associated with SMSFs. New Brighton Capital does not offer financial advice, except for the sole purpose of, and only to the extent reasonably necessary for, ensuring compliance with the superannuation legislation and advice on the process of creating ,winding up or exiting an SMSF as per regulation 7.1.29(5) of the Corporations Regulations 2001. Copyright © 2019 New Brighton Capital - All Rights Reserved. ABN 48623251614.